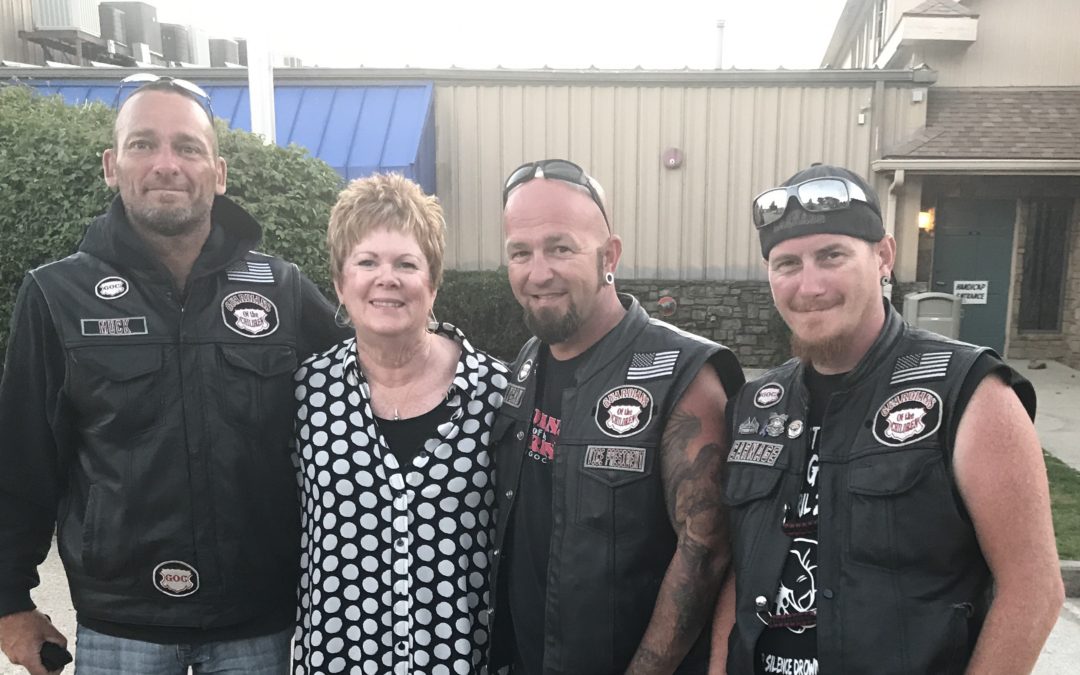 I’ll be honest, it’s been a pleasure and a challenge. Pulling 16,000 lbs. behind your F350 cross-country isn’t always fun. We’ve developed a hatred for potholes in particular.

But mostly, we hate heroin. And all addictive substances. And the disease of addiction.

On this cross-country road trip we’ve had the pleasure of meeting hundreds of wonderful people who are concerned, frightened, overwhelmed and affected by addiction. Many have loved ones risking their lives in a personal war with heroin. Add fentanyl to the battle and the war becomes even more deadly.

We’ve spoken with Moms who’ve lost children, Dads whose sons are homeless – somewhere, families who’ve been through the hell of addiction and are now attempting to piece their lives back together – one day at a time, hanging on to the hope and praying daily that the deadly disease will not strike again.

We’ve had serious conversations about the addiction crisis with firemen, policemen, clergymen, teachers and elected officials who are all too aware of the daily realities in their local morgues.

One small town in Ohio had to bring in refrigerated semi-trucks to handle the bodies of those who had overdosed in their community in a short period of time.

With more than 200 deaths in 2016, Summit County Ohio has been hit hard. And Summit is only one of 88 counties in the state of Ohio. And Ohio is reporting more than 4,000 overdose deaths last year.

“They died in restaurants, theaters, libraries, convenience stores, parks, cars, on the streets and at home.” – The Review

Big city or small town, it doesn’t matter. Overdose deaths are everywhere. Addiction is stealing our children, robbing our families of parents, and leaving its deadly mark in homes nationwide. This isn’t an overstatement, this isn’t something the media is making up.

Morgues don’t lie. Dead bodies aren’t imaginary. This is a real, nationwide epidemic and it’s quickly eroding our future by killing our children.

One official in Ohio mentioned how the state and federal government is ready to “swoop in” and help whenever there’s a natural disaster, a helicopter crash, a public threat…well, THIS is a public threat. It’s time for some serious swooping.

It’s time for DC and state governments to “swoop in”. We need their help in this crisis.

And that’s not easy for me to say, I’m more of a local control, local government kind of gal, but there is a place and time for federal and state support and this is it. Lives are at stake. Thousands and thousands of lives: More than 50,000 overdose deaths were reported in the United States in 2016.

A glimmering ray of hope in this life-shattering crisis is the often unsung heroes that appear. Recently we had the honor to participate in the Bridges of Hope Concert and were introduced to the Indiana branch of Guardians of the Children. Their motto?

Don’t let your silence drown out their cries. – Guardians of the Children

The mission of the Guardians of the Children (GOC) is to recognize and react to child abuse and educate the public to do the same; to serve as advocates to provide strength and stability to families in crisis; and be an answer to the prayer of an abused child or teen for courage, support and protection.

Addiction affects families. Parents using drugs often forget their responsibilities, neglect their children, and ultimately lose custody. The GOC understands the all-too-common correlation between substance use and child neglect and abuse. They are unsung heroes.

I was dressed in polka dots. They were clad in leather. In my opinion, it’s the perfect combination.

This isn’t a little battle, it’s a WAR and it will take a lot of villages to prevail. The polka dots and the leathers.

You can help by supporting 10,000 Beds, Guardians of the Children, or any other ethical nonprofit organization working to provide scholarships, protect families, raise awareness and stop this epidemic.

Polka dots and leather. We are making a difference.

One child. One bed. One pothole. One scholarship at a time.

Jean Krisle is the CEO/Founder of 10,000 Beds, Inc. a 501c3 nonprofit organization. Our mission is recovery. We are currently #OnTheRoad4Recovery for at least a year to elevate awareness, change perceptions around addiction and recovery, and connect with partners new and old. You can connect with Jean at the 2017 ETHOS conferences in Chicago, Denver, Philadelphia and New Orleans. You can support 10,000 Beds by making a contribution today to help provide scholarships for those without resources seeking help for addiction.