A Lifestyle That Pulls You Back 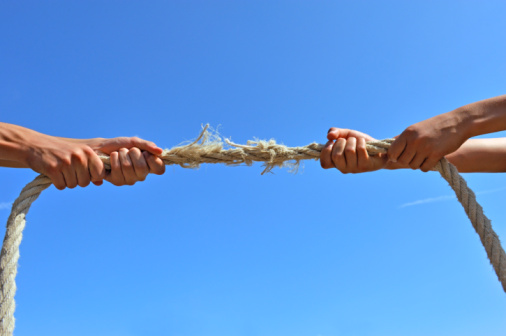 From the outside looking in, alcoholism and drug addiction would seem to be lifestyles where one would be encouraged to leave, and not encouraged to stay. And yet, on a recent visit to a women’s center in a Southern California treatment center, I learned that our view from the outside is clouded.

The day I visited the center was discharge day for a 30-year-old mother and wife. I had spoken to her early in the day and she had expressed contained excitement about going home, but when the time came for her to share her “farewell message” to the women’s group she did not sound excited. In face, she sounded frightened, apprehensive, unsure. She was afraid to go home.

Home was where her husband was, the same husband she had lied to in order to meet her dealers, get money for drugs, and party with her addict “friends”. She was certain her husband would not trust her when she returned – even though she was now sober. She was afraid that when she needed to go to a support meeting, he wouldn’t believe her and might not let her go. She didn’t know how to regain his trust. She was afraid she would fall back into the lifestyle.

Home was where her dealers knew her address, and her phone numbers, and her drug of choice. She was afraid of the day they would slowly drive by her house hoping to lure her back into their world; to pull her back into that lifestyle.

Home was where her addiction began. All the stresses and excuses for becoming an addict live there too. She was afraid these triggers would send her back into that lifestyle.

Addiction is not a lifestyle that easily lets go. There are many factors working to reel an addict back. Resisting all the temptations takes courage. It takes strength to fight back. And it takes treatment and ongoing support to keep an addict out of the lifestyle they left behind.

Let’s work together to help them win the battle. Together we can beat addiction.

Together we can win the tug-o-war.